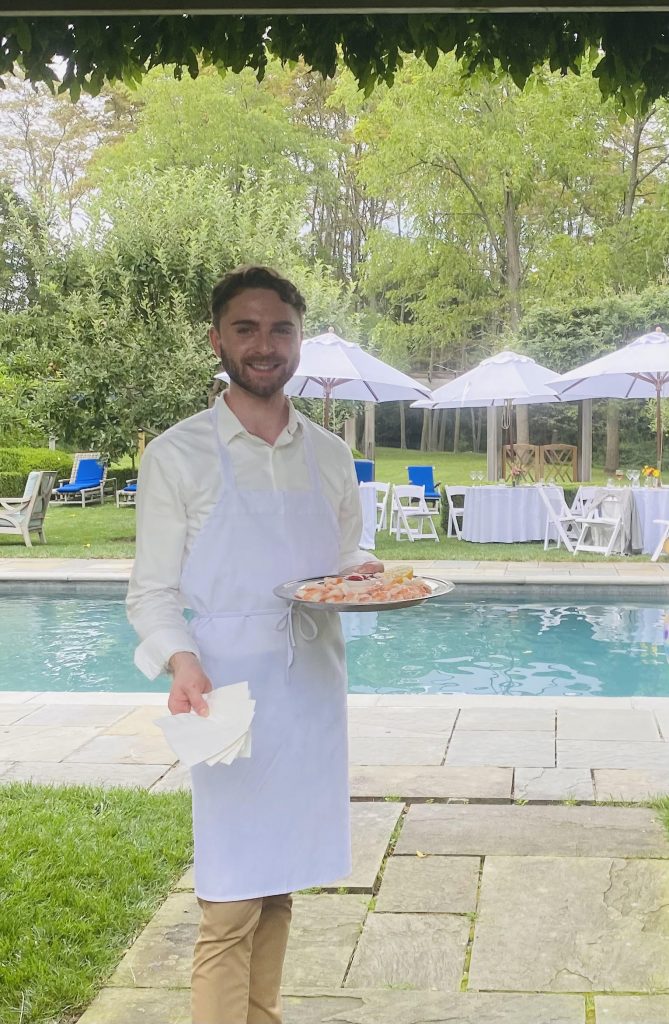 FJR & Company provides catering service and personal chef service to the Hudson valley and greater NYC metropolitan region. Owner and Chef Frank Ruggerone is a graduate of ICC( International Culinary Center, Soho NYC). He has been active in the culinary arts industry for 10 years.As a teenager Frank began his career as a busboy/ dishwasher in local restaurant kitchens.
He soon developed a strong interest in the culinary arts, assisting and learning from the chefs working around him. This early culinary training led to collaboration with his mentor, local chef and caterer of 30 years Chef Doreen Sepe.
After apprenticing with Chef Sepe for 3 years Frank went on to attend the ICC and work in NYC at the Baccart Hotel.
After returning to the mid Hudson Valley in early 2019 Frank re established Doreen’s catering business as ‘ FJR & Company’. Frank and his team specializes in private events of any size both formal or casual such as Cocktail parties, buffets and sit down dinners.